The project is co-financing by the Joint Operational Programme “Black Sea Basin 2014-2020”.

Tea is one of the oldest and the second most consumed drink in the world after water. Until the end of the 19th century, the production was concentrated in Asia, however, rising global demand for tea have led other countries to cultivate their own tea. Now, it’s produced in 40 countries around the world.

Today one of the main growing places is around the Black Sea. Tea arrived in this region through various routes. To grow it in the Black Sea Region took even more time. The Mongols and merchants along the Silk Road were those who introduced tea to the Russians, Turks and Persians, as well as the people of Kyrgyzstan,Turkmenistan and Uzbekistan etc. Around the turn of the 20th century and after numerous attempts, tea began to be grown in
the mountains between the Caspian Sea and the Black Sea. The climate of the Black Sea coast is suitable for numerous agriculture activities and products. The mild, damp oceanic climate of the Black Sea coast makes commercial farming profitable which is also beneficial for tea plantations. However tourism takes the largest share, agriculture is still one of the most important sector for Turkey. The farmland occupies 33.2% of the total land, and farmers contribute about 30% of the total labor force.

The tea plantations today extend along the south shore of the Black Sea between Trabzon and Rize and are home to a cooperative style of tea-growing. In Armenia for over 7000 years, the tradition of gathering and blending wild herbs and flowers has been an integral part of the daily life. As a result of ethno-botanical research and ancient manuscript studies are shown that about 68 specialty infusions of herbs and flower that were used by Royal Families being in charge of Armenia since ancient time by the end of Middle Ages. Five percent of Armenia’s resources are used in the production of herbal tea. Those unique herbal ingredients came from high mountain wild forest by help of well-trained harvesters and made your delicious final cup of tea.

Greek Mountain Tea is produced from the dried leaves and flowers of Sideritis plants (iron wort). This kind of tea is appropriately named as the plant can only be found on rocky slopes at elevations over 3,200 feet (1000 meters). Mountain tea in Pilima, a village near Xanthi is one of the most famous mountain tea of Greece.

Finally in Bulgaria Rila and the Rhodopes are famous with
their rich flora and fauna. In the highland fields of the south Rhodopes the famous Mursal tea grows. Mursalski tea is made using the dried leaves and flowers of Sideritis plants (iron wort). It is clear from the above description that tea represents both a cultural link between the nations of the Black Sea Area and an agricultural product which can generate sustainable economic growth. The present project aims to strengthen the cultural link and to enhance the respective capacities to better capture the economic growth potential given by the tea. The consortium implementing the TeaWay project includes the following partners:

Drama Chamber of Commerce (Greece)
The Chamber of Drama is one of the 58 Chambers of Greece, and its area of responsibility is the region of Drama.

Together with the other Chambers, they constitute the Central Union of Chambers of Greece (KEEE), which is the instrument of collecting the national expression of the Greek chambers and, by extension, the business world of the country.

The chamber has nearly 5,000 members. Second half of 19th century is a historically special period for Trabzon. Developments in naval trade, rapid advances in world trade provided Trabzon with many opportunities. Especially, regarding the trade between Europe and Iran, India, Caucasians and Middle East, many struggles are interfered for Trabzon.

After the foundation of Turkish Republic, according the rules and regulations dated 1926 elections are made (March 25, 1926) and the chamber continued its activities till today without giving a break. 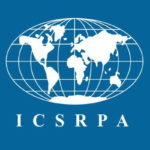 International
Centre for Social Research and Policy Analysis (Georgia)
The International Centre for Social Research and Policy Analysis (ICSRPA), an independent think tank specializing in policy analysis and management consultancy, was established on 17 September, 2004. The Centre is based on the best knowledge resources of the world leading universities and promotes the processes of conceptual change, reforms and development through providing policy analysis, consulting and training courses to public, private, and non-governmental organizations in wide range of issues including globalization, knowledge economy, national and regional competitiveness, innovation policy, regional clusters, strategic management and strategic planning, leadership and organizational change, HR Management, marketing strategy etc.

Armenian Young Women’s Association (Armenia)
AYWA is a non-profit, non-governmental organization comprised of young people united in their determination to improve the status of women in Armenia, regardless of political affiliation, educational/cultural background, ethnic origin or religious outlook. AYWA’s missions to lead social change and to achieve equality of opportunity and reward for all Armenian women, is an integral element in transforming into a just and productive society for all.

Online training under the TeaWay project

Training under the project BSB541 TEAWAY – Promotion of tea as an engine of growth in the Black Sea region, was organized online on 27.11.2020. from Varna Economic Development Agency in cooperation with the assistance of the Department “Agriculture Economy” at University of Economics Varna ... Read
#Agriculture #BlackSea

Tea is one of the oldest and the second most consumed drink in the world after water. Until the end of the 19th century, the production was concentrated in Asia, however, rising global demand for tea have led other countries to cultivate their own tea. Now, it’s produced in 40 countries ... Read
#Agriculture #BlackSea

Projects TeaWay, AgroNet and ITM BEE-BSB were presented during the official celebration of the International Tourist Guide Day on February 21, 2020 in Varna, Bulgaria, hosted by the Bulgarian Association of Tourist Guides with the support of Varna Municipality. Varna Economic Development ... Read
#BlackSea #Exhibition #Projects